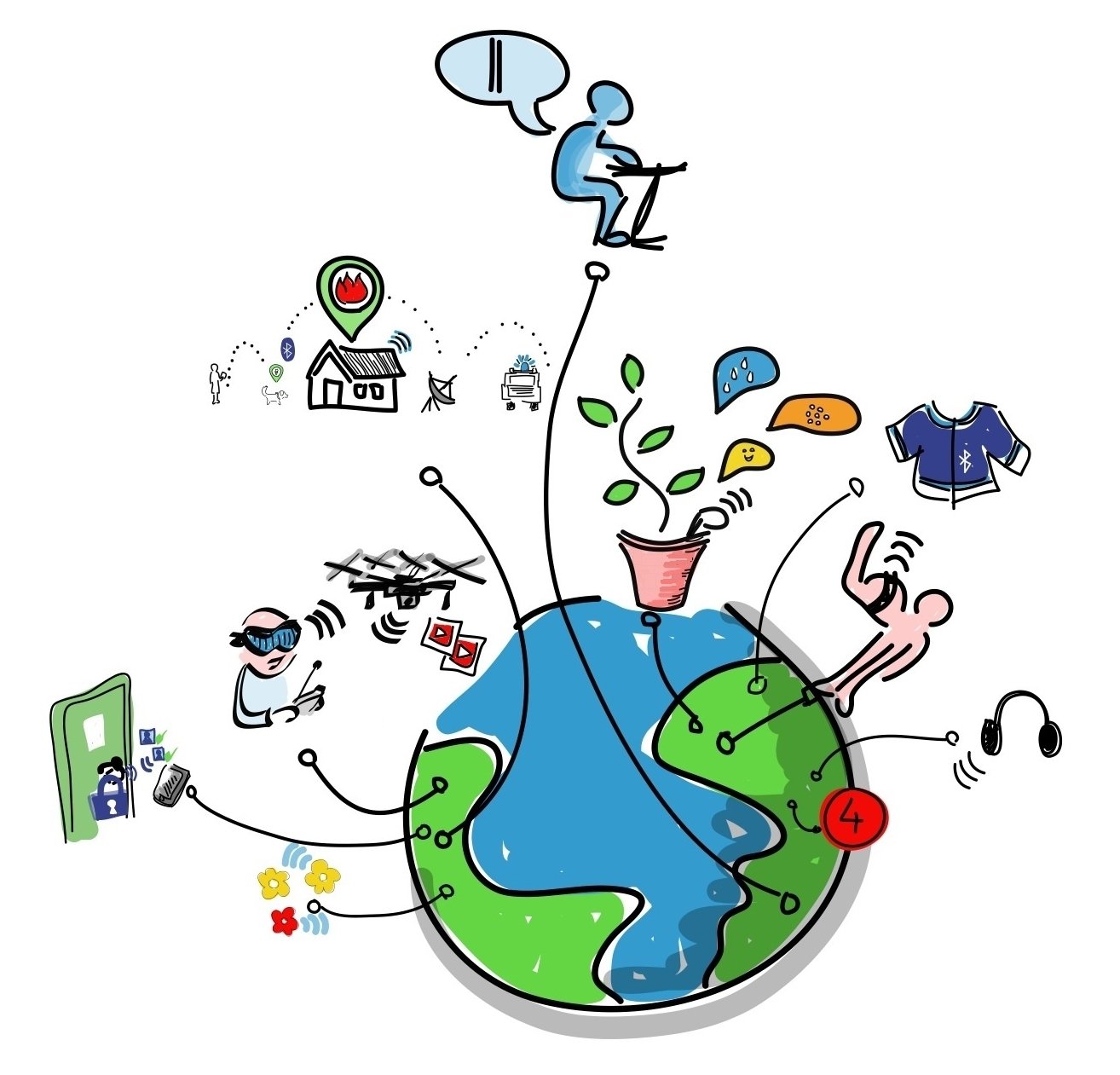 Low-power wide area networks (LPWANs), Zigbee and Wi-Fi are radio communication technologies using licensed and license-free bands of the radio waves frequency range in the electromagnetic spectrum and are especially developed for the IoT applications and Local Area Networks (LANs).

The Internet of Things (IoT) is a term used to describe networks which connect devices in order to provide information and/or control the environment. There are many different ways of connecting the devices in the network, and the various connectivity options have different characteristics, which make them suitable for many different applications.

LPWAN (Low-power wide area network) is a cellular network suitable for connecting devices with very low data transmission requirements (e.g. less than 1Kbyte per day) over distances of several km. The power consumption is very low which means the devices can run on small, inexpensive batteries for a long period of time. These characteristics make LPWAN highly suitable for sensor networks such as monitoring of the outdoor environment.

Zigbee was developed for smart homes and is designed to work within a small area (range up to 100m). The data rate is typically between 20 kbps and 205 kbps, which is considerably higher than LPWAN but still relatively low. Its relative power efficiency makes it suitable for battery operation, though it is not as power-efficient as LPWAN. It is best suited to home or office environments where control is needed for example of lighting or heating/cooling, or for security monitoring. Its mesh configuration enables it to reach remote parts of a building.

Wi-Fi is the well-known technology for connecting laptops, mobile phones, etc. typically in indoor environments, but increasingly is available outdoors like in city centres. A typical range is 100m (similar to Zigbee) but some versions of Wi-Fi have ranges into many kms. However, within buildings the range can be limited by obstacles such as walls. Data rates are high: typically 2Mbps, with recent versions more than 10Mbps. It has a high power consumption so battery-operated devices e.g. smartphones need to be recharged often. Because Wi-Fi is so widely available, it can be helpful for certain IoT applications where Internet connection is needed such as connected transport options in smart cities. However, its high power consumption makes it unsuitable for most IoT purposes.