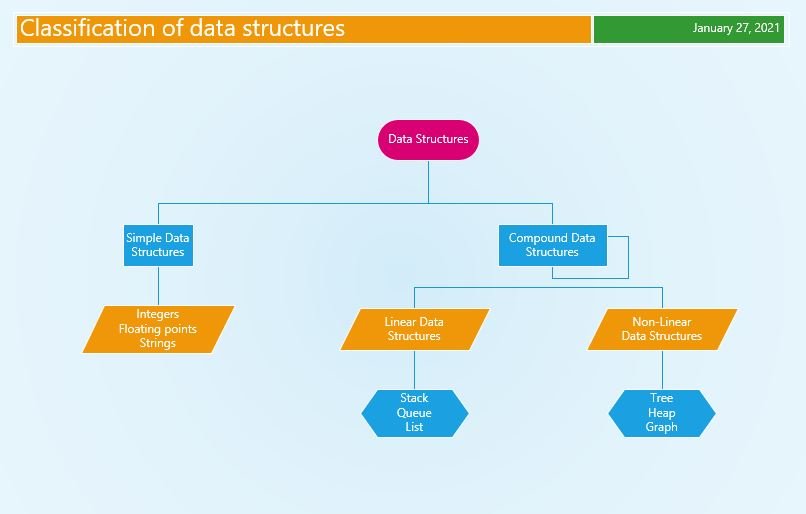 What are data structures?

A data structure is a way of storing data in a computer so that it can be used efficiently and it will allow the most efficient algorithm to be used. The choice of the data structure begins from the choice of an abstract data type (ADT). A well-designed data structure allows a variety of critical operations to be performed, using as few resources, both execution time and memory space, as possible. Data structure introduction refers to a scheme for organising data, or in other words, it is an arrangement of data in computer’s memory in such a way that it could make the data quickly available to the processor for required calculations.

A data structure should be seen as a logical concept that must address two fundamental concerns:

← Prev: Tor or The Onion Router network Next: The need for a greater digital understanding →